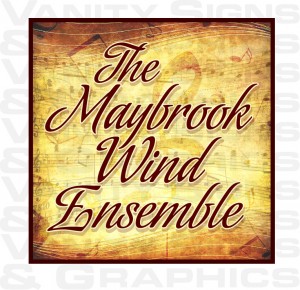 Rehearsals are now in full swing again inside the Maybrook Senior Center and they are sounding great!

Each week we are seeing our numbers grow, but we are still missing key players in each category. If you play a musical instrument and have been missing having a place to utilize your musical talents, then please come join us at 7:00 PM each Thursday evening.

If things continue as they are, we are hoping to be able to have concerts in September and December. As soon as the dates are confirmed we will post them on our Facebook page and on the events calendar here on our website http://www.maybrookwindensemble.org/index.php/image-galeries/

Come and sit in with us. We would be pleased to have you join in! 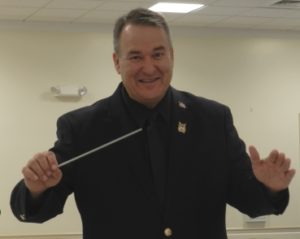 Mr. Coates is a graduate of Boston University School for the Arts (Bachelor of Music degree in Music Education) where he was a tuba student of the legendary Sam Pilafian. Mr. Coates received his Master of Science degree in Music Education from Western Connecticut State University. He has performed with the North Carolina Symphony, New Jersey Symphony Orchestra and was a ten-year member of the Goldman Memorial Band in New York City where he was tuba soloist. Mr. Coates has performed on bass and tuba in two national touring companies of the Broadway shows Chicago, and Sugar Babies. He has also performed with the Federal City Brass Band and performed/recorded with Newberry’s Cornet Band and the Coates Brass Band, on period brass instruments and mouthpieces. Mr. Coates is the current Commander and Conductor of the 89th Army Band New York Guard having attained the rank of Captain after ten years of service. Captain Coates has been awarded two Commander’s Citations. He has also been guest conductor of the 42 Infantry Division Band, New York Army National Guard, commanded by CW5 Mark Kimes, and has participated in their Annual Training concert tours of New York State. Mr. Coates has been a music educator in the Hudson Valley for many years and resides with his wife and teen-age children in Hopewell Junction, NY.